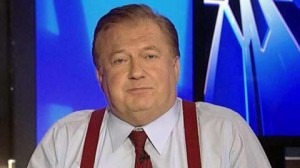 On July 10th, 2014, during his “The Five” TV show, Mr. Beckel used the word “Chinamen” to refer to Chinese people at large, including Chinese Americans. The pejorative word “Chinamen” has been long and widely considered to connote a derogatory and offensive meaning to Chinese people. Yet, this is the second time in recent memory that Mr. Beckel has been caught to use such insulting language toward Chinese Americans. Last year, Mr. Beckel said that after he went swimming, his “eyes blew up, and it made me look Oriental.”

As America continues to embrace diversity and welcome people from all cultural backgrounds, we are outraged by such racist offenses repeatedly made by Mr. Beckel, especially on a major TV network. Mr. Beckel must immediately resign from the “The Five” show, and Fox News must issue a formal apology to the Chinese American community.